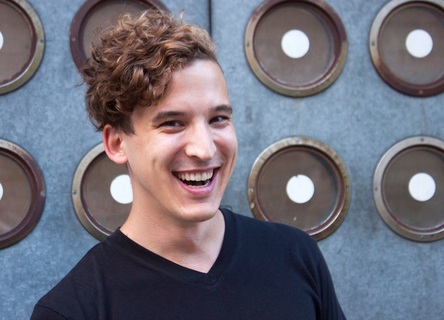 Photo by Ran Xia
Paul Bedard is a Hartford-born, New York City-based theater director and activist committed to the constant questioning of individual and collective identities through performance.

After attending NYU's Tisch School of the Arts, Paul and collaborator Katie Palmer founded Theater in Asylum (TIA), a devised theater company which strives to provide asylum to highly-charged characters and subjects. With the company Paul led the creation process for works including The Debates. The Hartford Courant praised this touring adaptation of the 2016 Presidential Debates as being "forthright, in-your-face, up-to-the-minute."

Beyond directing, Paul has worked and performed with The Bread and Puppet Theater. He has a passion for activism and social justice movements and frequently works with The Democratic Socialists of America.