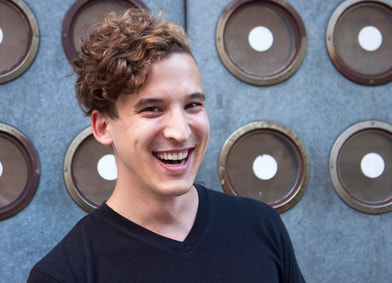 Photo by Ran Xia
Paul Bedard directs, creates, produces, and voraciously attends theater. Hailing from Hartford and living in Brooklyn, Paul trained at NYU’s Tisch School of the Arts and the Playwrights Horizons Theater School. He co-artistic directs Theater in Asylum, a company he co-founded in 2010. Paul has participated in the Drama League Directing Fellowship and the Lincoln Center Directors Lab. His work has played at festivals from Chicago to Prague, at universities including Columbia and the University of New Mexico, and at many downtown Manhattan and Brooklyn performance spaces. Beyond directing, Paul frequently performs with the Bread and Puppet Theater and volunteers with the Democratic Socialists of America. He loves reading, running, and seeing all the plays he can.